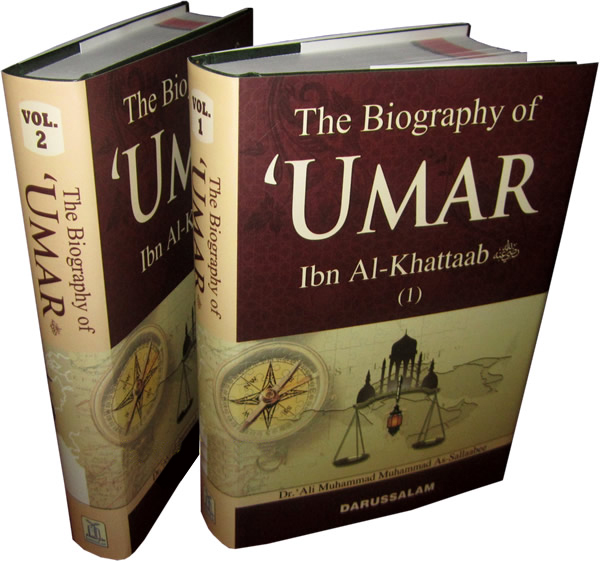 The second caliph of Islam, ‘Umar ibn al-Khattâb faced more struggles than any other Muslim leader in the early onset of Islam. His life began in a time of ignorance and ended during the Golden Age of Islam. Under his leadership, the Muslim world was witnessing some of its most notable conquests in the history of Islam. The strength and resilience of Islam’s leaders were being tested, and ‘Umar ibn al-Khattâb’s true commitment to Allah shone to reveal an Islamic spirit unlike that found in any other Muslim leader. The standards by which he lived can teach us a lot about determination, hardship, and success.

This book was translated into English by Nasiruddin al-Khattab. From the Translator:

For those who would be leaders, this book offers the model of an ideal Muslim leader, one who felt responsible before Allah for the well being of all those under his rule, including his troops, women, infants, non-Muslim subjects and even animals. ‘Umar was a \'hands on\' leader who kept himself informed and consulted scholars and experts before every major decision.

For the rest of us, this book offers a window into an exciting and important period of Islamic history, and it also reminds of an important lesson, that our strength comes not from wealth or money or status, but from our submission to Allah and our commitment to the path of Islam.

The Islamic Conquest of Syria By: Al-Imam Al-Waqidi

Collection Of Biographies Of The Companions By: Unknown

The Battles of the Prophet (Ghazwat ul Rasul) By: Ibn Katheer

Commanders of the Muslim Army By: Mahmood Ahmad Ghadanfar

The Autobiography of Malcolm X By: Alex Haley

Seerah based on earlerst sources By: Martin Lings

Heroes of Islam By: Various

The Life of the Prophet Muhammad (Makkan Period) By: Imam Anwar Al Awlaki

The Life of the Prophet Muhammad (Medina Period) By: Imam Anwar Al Awlaki

Muhammad - The Man & His Message By: Khalid Yasin

Battle of Ahzab By: Ahmad Jibreel