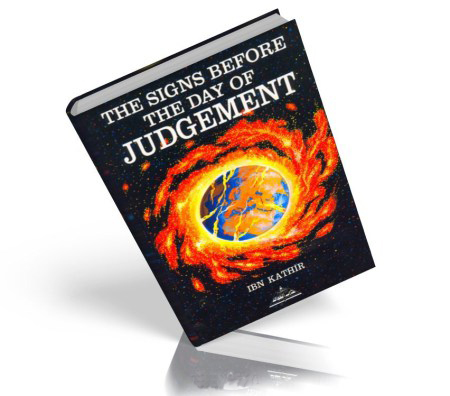 This book is an authoritative source on a matter of central importance to everyone: the events of Akhir al-zaman the final period of this world’s history The work is by Ibn Kathir. an eminent Muslim scholar and is based entirely Upon authentic texts. The many Ahadith or Traditions. The Blessed Prophet Muhammad (S) described the condition in which people would live in those times. Some of the developments foretold by the Prophet (S) have already come to pass such as the construction of high-rise buildings in the Middle East. also the frequent break up of family ties and the almost universal presence of usury.

Numerous Ahadith of the Prophet(S) describe such matters as the Dajjal or Antichrist and other temptations and disasters to which mankind will be subjected to as the disintegration of the natural order of things accelerates. The Last Days are also marked by supernatural apparitions which will manifest on an awesome scale the power of Allah Almigilty. For Muslims there can be no more urgent or momentous questions to confront than these. For non Muslims seeking knowledge about the Islamic perspective. This book presents material of vital importance in a clear English translation.

The author of this book was one of the leading scholars of the 8th century of Islam (the 14th of the Christian era). Born in Busra. Syria. around the turn of that century. Ismail Abu’l-Fadl Umar Ibn Kathir was educated chiefly in Damascus. initially specializing in the study of Hadith. He was strongly influenced by the famous theologian Ibn Taymiyyah In middle age Ibn Kathir himself achieved prominence as a highly versatile scholar. He produced a commentary on the Holy Qur an as well as several noteworthy Volumes in the field of Hadlth and jurispudence. But Ibn Kathir who died at Damascus in 774/1373 was also a historian. His treatise of the history of Islam front which this book is in your hands is an excerpt, extends to fourteen volumes in the printed edition. He also wrote al-Bidayah wa’l-nihayah meaning “The Beginning and the End” indicating that the author Chronicles not only the events of the past but also on the authority of the Prophet (S) – those of the Last Days as well.

Events of The End By: Muhammad Hasan

Trip To The Hereafter By: Muhammad Alshareef

Signs Before The Day Of Judgement By: Ali Al-Timimi

The Enemys Plot By: Feiz Muhammad

Signs Of The Last Hour By: Bilal Assad

Those Who Desire Paradise By: Bilal Assad

The Day of Judgement By: Bilal Assad

Journey To The Hereafter By: Abdullah Hakim Quick

The Explanation Of The Fundamentals Of Islamic Belief By: Muhammad ibn Saalih Al-Uthaymeen

The Coming Of Mahdi By: Ahmad Jibreel

In The Remembrance Of The Affairs Of The Dead And Doomsday By: Abu Abdullah Al-Qurtubi

The Resurrection By: Islamic Propagation Office in Rabwah