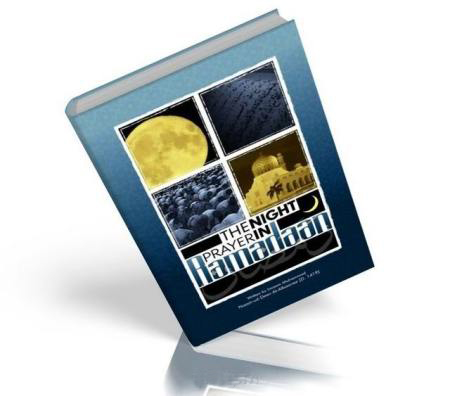 Before you is a complete translation of the book “Qiyaamu Ramadaan” (The Night Prayer in Ramadaan) written by Imaam Muhammad Naasir-ud-Deen Al-Albaanee.This treatise is in essence an abridged version of one of Al-Albaanee’s other books, Salaat-ut-Taraaweeh, along with several additional points of benefit and a section on ‘Itikaaf. The book’s introduction also consists of a counter-refutation against those who replied to Al-Albaanee’s afore-mentioned book on Taraaweeh.

The main core of the book, however, contains a point-by-point discussion on the Night Prayer in Ramadaan, as well as the benefits and rulings of ‘Itikaaf, along with their evidences. The Arabic text for all ayaat and ahaadeeth have also been included in this edition so as to increase the benefit for those readers who wish to memorize the proofs.

Conditions And Pillars Of The Prayer By: Muhammad ibn Abdul-Wahhab

Dua: The Weapon of The Believer By: Abu Ammar Yasir Qadhi

Mysteries of The Soul Expounded By: Abu Bilaal Mustafa al-Kanadi

Purification of the Soul By: Jamaal al-Din Zarabozo

How to Pray like the Prophet Muhammad (Pbuh) By: Unknown

Fruits Of Ramadan By: Feiz Muhammad

The Etiquettes of Hijab By: Feiz Muhammad

The Forbidden Gaze By: Feiz Muhammad

The Enemys Plot By: Feiz Muhammad

Backbiting and a Good Word By: Murtaza Khan

The Spiritual Solution to Materialism By: Murtaza Khan

Temptations of the Dunya By: Murtaza Khan

The Fasting and the Furious By: Muhammad Alshareef

Month of Mercy By: Abu Abdas-Salam