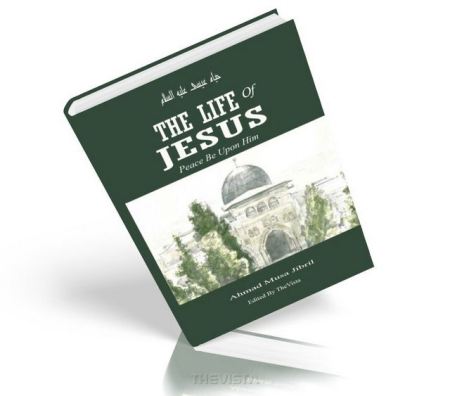 The Life of Isa (Jesus) -peace be upon him- in Light of Islam: The life of the Prophet Isa ( Jesus ) alayhe salam has been a topical issue of late in the media as well as in popular culture. There is a new awareness and heightened curiosity worldwide regarding the amazing life and miracles of Isa alayhe salam. His personality has impacted the three major religions of this world, namely Judaism, Christianity, and Islam. Given the importance of his time on earth, it is critical for mankind to fully understand his pivotal role in shaping history as well as the final days.

The Quran tells us many wonderful things about Jesus. As a result, believers in the Quran love Jesus, honor him and believe in him. In fact, no Muslim can be a Muslim unless he or she believes in Jesus, on whom be peace. The Quran says that Jesus was born of a virgin, that he spoke while he was still only a baby, that he healed the blind and the leper by God’s leave and that he raised the dead by God’s leave. What then is the significance of these miracles? First, the virgin birth. God demonstrates His power to create in every way. God created everyone we know from a man and a woman. But how about Adam, on whom be peace? God created him from neither a man nor a woman. And Eve from only a man, without a woman. And finally, to complete the picture, God created Jesus from a woman, without a man.

What about the other miracles? These were to show that Jesus was not acting on his own behalf, but that he was backed by God. The Quran specifies that these miracles were performed by God’s leave. This may be compared to the Book of Acts in the Bible, chapter 2, verse 22, where it says that the miracles were done by God to show that he approved of Jesus. Also, note that Jesus himself is recorded in the Gospel of John to have said: ‘I can do nothing of my own authority’ (5:30). The miracles, therefore, were done not by his own authority, but by God’s authority. What did Jesus teach? The Quran tells us that Jesus came to teach the same basic message which was taught by previous prophets from God – that we must shun every false god and worship only the One True God. Jesus taught that he is the servant and messenger of the One True God, the God of Abraham. These Quranic teachings can be compared with the Bible (Mark 10:18; Matthew 26:39; John 14:28, 17:3, and 20:17) where Jesus teaches that the one he worshipped is the only true God. See also Matthew 12:18; Acts 3:13, and 4:27 where we find that his disciples knew him as ‘Servant of God’. The Quran tells us that some of the Israelites rejected Jesus, and conspired to kill him, but God rescued Jesus and raised him to Himself. God will cause Jesus to descend again, at which time Jesus will confirm his true teachings and everyone will believe in him as he is and as the Quran teaches about him. Jesus is the Messiah. He is a word from God, and a spirit from Him. He is honored in this world and in the hereafter, and he is one of those brought nearest to God. Jesus was a man who spoke the truth which he heard from God. This can be compared with the Gospel According John where Jesus says to the Israelites: ‘You are determined to kill me, a man who has told you the truth that I heard from God’ (John 8:40).