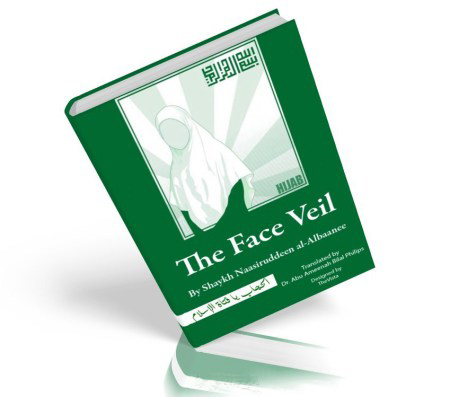 The following text is an edited translation of a summary of ar-Radd al-Mufhim by Shaykh Naasiruddeen al-Albaanee found in pages 5-20 of the introduction of his book Jilbaab al- Mar’ah al-Muslimah, 3rd edition, 1996, al-Maktabah al-Islaamiyyah.

1. The interpretation of al-idnaa’ in the verse of the Jilbaab to mean “covering the face”.

This misinterpretation is contrary to the basic meaning of the word in Arabic which is “to come close”, as is mentioned in authoritative dictionaries like al-Mufradaat by the wellknown scholar, ar-Raaghib al-Asbahaanee. However, there is sufficient evidence in the interpretation of the leading commentator on the Quran, Ibn ‘Abbaas, who explained the verse saying, “She should bring the jilbaab close to her face without covering it.” It should be noted that none of the narrations used as evidence to contradict this interpretation are authentic.

Polygamy: Wives Rather Than Girlfriends By: Hamdy Shafiq

The Ingredients For A Happy Marriage By: Nasir Al-Omar

The Wisdom behind Laws Regarding Women By: Abdur Rahman Abdul Khaliq

I Appeal To Your Sense Of Shame...Why Not Respond? By: Nawaal Bint Abdullah

The Rights & Duties of Women in Islam By: Abdul Ghaffar Hasan

Conditions And Pillars Of The Prayer By: Muhammad ibn Abdul-Wahhab

Dua: The Weapon of The Believer By: Abu Ammar Yasir Qadhi

How to Pray like the Prophet Muhammad (Pbuh) By: Unknown

Fighting the Enemy Within By: Khalid Yasin

Mama I’m Waiting For You In Jannah By: Muhammad Alshareef