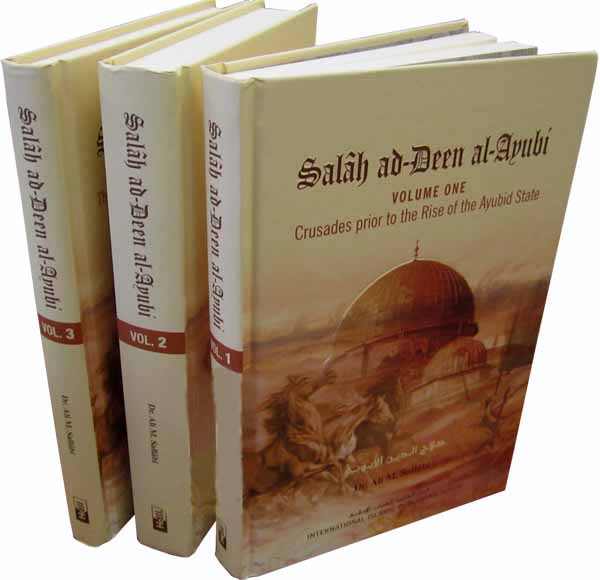 As a soldier, a ruler, and a human being, Sultan Salahuddin Ayubi was a person of phenomenal attributes. The hero of hundreds of battles was the person who for 20 years braved the storm of the Crusaders and ultimately pushed them back. The world has hardly witnessed a more chivalrous and humane conqueror. His unmatchable battle tactics and gallantry as a soldier, heroic statesmanship and his strength of character won him the respect of even his foes. known for liberating the holy city of Jerusalem from the Crusaders.

The renowned contemporary Arab historian of Islam, Dr. Ali M. Sallabi has written a fascinating biography of a man who looms larger than life throughout history, yet who remains largely unknown to people outside of the Arab world.

Dr. Sallabi’s meticulous research has effectively filled that gap in our knowledge. His work is more than just a biography, as the readers will see.

The Islamic Conquest of Syria By: Al-Imam Al-Waqidi

Collection Of Biographies Of The Companions By: Unknown

The Battles of the Prophet (Ghazwat ul Rasul) By: Ibn Katheer

Commanders of the Muslim Army By: Mahmood Ahmad Ghadanfar

The Autobiography of Malcolm X By: Alex Haley

Seerah based on earlerst sources By: Martin Lings

Heroes of Islam By: Various

The Life of the Prophet Muhammad (Makkan Period) By: Imam Anwar Al Awlaki

The Life of the Prophet Muhammad (Medina Period) By: Imam Anwar Al Awlaki

Muhammad - The Man & His Message By: Khalid Yasin