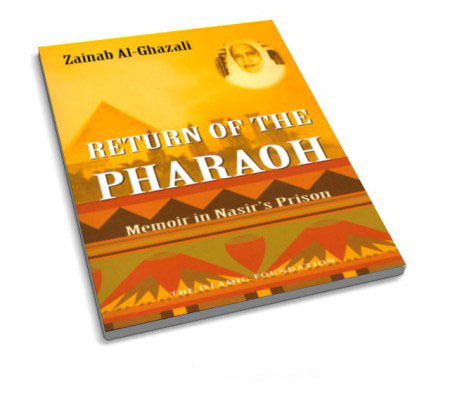 Return of the Pharoah relates how, falsley accused of conspiring to kill Jamal Abd An Nasr, the author was arrested and imprisoned. While awaiting trial she was subjected to the most teribble and inhumane torture. This book describes in a captiviating manner the ordeal which this Muslim activist went through in the notorious Egyptian prisons. This book describes in a captivating manner the ordeal which this Muslim activist went thorugh in the notorious Egyptian prison. Instead of dampering her enthusiasam for Islam and the Islamic movement , the afflications and savageries in Nasir 's prisons increased her commitment and dedication to the cause of Islam. This autobiographical work can be considered a historic document in that its author was an aactive withness to one of the most volatile periods of Egypt's contemporary history.