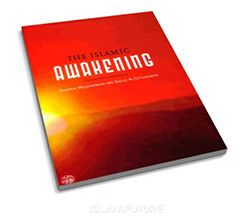 The Muslim Nation today is experiencing a blessed awakening in all aspects of its affairs; one that has been aroused by the efforts of the Muslim youth.

However, the astute observer of this awakening will find that there are many problems that hinder its progress; problems that have prompted some scholars, callers to Islam, and students of knowledge to lay down some guidelines that the youth of this blessed awakening should adhere to and follow. Without a doubt, the enemies from without — the Jews, Christians, and others — have tried to put a stop to this awakening, simply because they fear the results of its success and because they know that, if it strengthens, spreads, and succeeds in achieving its aims, it will signal the end of their dominance.

What is Required from the Youth of this Awakening.

Firstly, the youth of this Islamic awakening must adhere to two primary sources: Allah’s Book and the Prophet’s Sunnah. It is from these sources that they must take and derive the sound methodology that they will follow in all of their endeavours. If the methodology of the young male and female Muslims of this awakening is not based on Allah’s Book and the Sunnah of Allah’s Prophet (S), according to the understanding of the pious predecessors of this Nation, then it will become a reckless and misguided awakening, and it is feared that it will destroy more than it will build. Secondly, the youth of this awakening must follow the correct methodology that was applied by the chief of mankind, Muhammad (S), and that was then applied after him by the noble Companions (S), and that was then applied after them by the Tabi’iun (next generation after the Companions) as well as by those who continued to follow them until this day. Thirdly, the youth of this awakening must be upon one word, united; their methodology must be one, and their strength must be a united strength, and that is because disunity and discord do not lead to good but instead bring joy only to the enemies of Allah in the East and in the West.

Therefore, we appeal to the scholars, callers (Du’at), and students of knowledge in all places to forsake disunity, discord, and disagreement, and to instead strive with determination to seek out the truth and to follow it, so that they can all meet at a single point and come to the realization that differences in opinion in certain secondary issues of jurisprudence or issues of Ijtihad (issues wherein there is no absolutely clear text that leaves no room for doubt; issues wherein scholars are called upon to weigh the worth of different proofs and to derive rulings from them) are inevitable, and no nation can be saved from them.

The Signs of the Hypocrites By: Aaidh ibn Abdullah al-Qarni

My Life with the Taliban By: Mullah Abdul Salam Zaeef

The Islamic Ruling on The Peace Process By: Ali Al-Timimi

ALLAH Is Preparing Us For Victory By: Imam Anwar Al Awlaki

The Story Of The Bull By: Imam Anwar Al Awlaki

Battle of The Hearts and Minds By: Imam Anwar Al Awlaki

The Dust will Never Settle Down By: Imam Anwar Al Awlaki

The Importance of The Islamic Awakening By: Feiz Muhammad

Backbiting and a Good Word By: Murtaza Khan