Abdullah Yusuf Azzam was born in a village in the North of Palestine named Selat AI Harithia in Genine District in the year 1941. His father's name was Mustafa Azzam who died a year after his son was assassinated. His mother was Zakia Saleh who died one year before the Sheikh was killed. She was buried in Pabi camp.

The Azzam family is a well-known family, one of its members being Sheikh Abdullah Azzam, distinguished as a child, who started making Da'wah at an early age. He was already showing signs of excellence and was recognized by his teachers while he was in elementary school. His peers knew him as a pious child. Since he was a small boy he was known for his determination and serious dispositions. Before he had even come of age, he joined the Muslim Brotherhood.

Sheikh Abdullah Azzam received his early elementary and secondary school education in his village, and continued his education at the agricultural Khadorri College where he obtained a Diploma. Although he was the youngest amongst his colleagues, he was the brightest and most astute. After he graduated from Khadorri College, he worked as a teacher in a village named Adder in the South of Jordan. Later he joined Shariah College in Damascus University where he obtained a B.A. Degree in Shariah in 1966. After the Jews captured the West Bank in 1967, Sheikh Abdullah Azzam decided to migrate to Jordan, because he could not live under the Jewish occupation of Palestine. The sacrilege of the Israeli tanks rolling into the West Bank without any resistance made him more determined to migrate, to learn the skills necessary to fight.

In the late 1960's he joined the Jihad against the Israeli occupation of Palestine from Jordan. During that time he received a Masters Degree in Shariah from the University of AI Azhar. In 1970 when the Jihad came to a halt, and the PLO was forced out of Jordan, he assumed a teaching position in the Jordanian University in Amman. In 1971 he was awarded a scholarship to the AI Azhar University in Cairo at which he obtained a Ph.D. Degree in Usool al Fiqh in 1973. During his stay in Egypt he came to know the family of Sayed Qutb.

In 1979, when he was expelled from the University, he moved to Pakistan to be close to the Afghan Jihad. There, he became acquainted with the Leaders of the Jihad in Afghanistan. During the early period of his stay in Pakistan, he worked as a teacher in the International Islamic University in Islamabad. Eventually, it was necessary for him to resign his position in order to devote his full time and energy to the Jihad in Afghanistan.

Abdullah Azzam was greatly influenced by the Jihad in Afghanistan and the Jihad was greatly influenced by him. To it he concentrated his full effort, that he ultimately became the most prominent figure in the Afghani Jihad, aside from the Afghan leaders. He spared no effort to promote the Afghan cause to the whole world, especially throughout the Muslim Ummah... He changed the minds of Muslims about Jihad in Afghanistan and presented the Jihad as it was; an Islamic cause which concerns all Muslims around the world. Due to his efforts, the Afghani Jihad became well known, in which Muslims from every part of the world came to fight.

Jihad in Afghanistan had made Abdullah Azzam the main pillar of the Jihad movement in modern times. His practical efforts in this Jihad and by his personal achievement in its promotion he had managed to alienate the misconceptions which had been planted in the path of Jihad and as such became an example to follow for the next generation that responded to the call of Jihad.

Once he remarked, "I feel that I am nine years old, seven and a half years in the Afghan Jihad, one and a half years in Jihad in Palestine and the rest of the years have no value." On Friday the 24th of November 1989 in Peshawar, Pakistan, he was assassinated along with his two sons Mohammed and Ibrahim, by 20kg of TNT activated by remote control while he was driving to Friday (Jummah) prayer. His car was blown apart into fragments in the middle of a busy street. The blast was so intensive that fragments from the bodies of his sons were found up to a hundred meters from the carnage. One of his son's legs was also found suspended from an overhead telephone line. Nevertheless, Allah is glorified, the Sheikh was found perfectly intact, except for an internal hemorrhage, which caused his death. Many a people present will confirm to the smell of musk that emanated from his body.

Sheikh Abdullah Azzam and his sons were buried in Pabi Graveyard of the Shuhada, where he joined thousands of other Shuhada (martyrs). 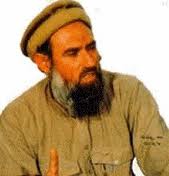 A Message to Every Youth By: Abdullah Azzam

The Lofty Mountains By: Abdullah Azzam

Being True with Allah By: Abdullah Azzam

The Scales of Allah By: Abdullah Azzam

The Tawhid Of Action By: Abdullah Azzam

Defence of The Muslim Lands By: Abdullah Azzam

Signs Of Ar-Rahman In the Jihad Of Afghanistan By: Abdullah Azzam

The Ruling on Meat Slaughtered In the West By: Abdullah Azzam