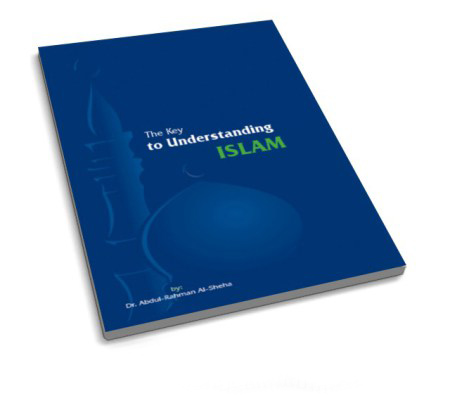 While the way of life known as Islam continues as the world’s most populace religion—the traditional undercounting of Muslims by western statisticians notwithstanding—the availability of useful Islamic information that speaks to the needs of both practicing Muslims as well as interested others has struggled to keep pace with the expanding community. Ironically, the post-9/11 frenzy that has gripped western societies with an uncommon and often irrational loathing for global Islam has, simultaneously, piqued the interest of more inquisitive, pensive non-Muslim westerners whose skepticism of mass media accounts of predatory Islamic “extremists” and “America haters” doesn’t match with their personal experiences of the Muslims they encounter in their neighborhoods, in their classrooms, or on their jobs.

Consequently, they seek the truth of the religion and strike out on their own to find answers to questions that are either ignored in the popular media, or are given the familiar “spin” that underwrites misinformation. What results is an informational void that cries out for a meaningful, serious response.

Abdul-Rahman al-Sheha, in his groundbreaking compendium The Key to Understanding Islam has not only addressed this need, but has introduced a uniquely constructed format that is as “user friendly” as it is comprehensive and scholarly.

The Islamic revival that accompanied Muslim’s throwing off the yoke of colonialism in the mid-20th century did not suffer from a dearth of scholars or scholarship aimed at consolidating new found freedoms within the divine Mercy of the Book of Allah and the traditions of His Noble Prophet. Indeed, the genius of these early Muslim sages helped to re-construct the framework that houses today’s resurgent Islamic movements. But many if not all of these definitive Islamic treatises are written in a language and style that appeal to those who, for the most part, are either already Muslim, or are comfortable conversing in dense, scholarly terms. Al-Sheha’s Key, in one simply written volume, offers a wealth of information that is, at once, revelatory for the non-Muslim who seeks a clear and concise understanding of what IS, and what IS NOT Islam, while providing a supremely well-organized inventory of traditionally sourced overviews on faith, worship, and social issues for the practicing Muslim. Clearly, this approach to dispensing critical informationon the life-affirming message of Islam presents a fresh and wholly inviting opportunity for presenting Islam while maintaining, immutably, the pristine principles of the Faith.

The Key to Understanding Islam combines the insightful, knowledgeable eye of the scholar with the empathy of a socially conscious researcher.

The result is an informative, compelling narrative that treats, for example, the essentials of Muslim worship, and the Islamic interpretation of astrophysics, al-Haitham, and Edwin Hubble, with equal clarity and aplomb, and importantly, connects them all together with appropriate references from the Qur’an, Prophetic traditions, or both. The breadth and depth of the subject covered is truly remarkable, and stands as a testimony to the enormous talent and sagacity of the author.

In its content, its style, its singularly important contribution to the global dialogue on religion in contemporary life, al-Sheha’s The Key to Understanding Islam takes its place among the most important works of its kind; it redefines the contours of this discussion while establishing improved methods for illuminating the Islamic underpinnings of European science and culture. It is a truly seminal work that will hopefully influence the next generation of Muslim scholars who choose to sow the fallow fields of presenting Islam as their life’s work. We pray for the universal acceptance of this bounteous offering; and we pray Allah, the Almighty, the One, the Sublime, to imbue Muslims and avail non-Muslims of the guidance and the knowledge of the best in this world, and the Best in the Life to Come.