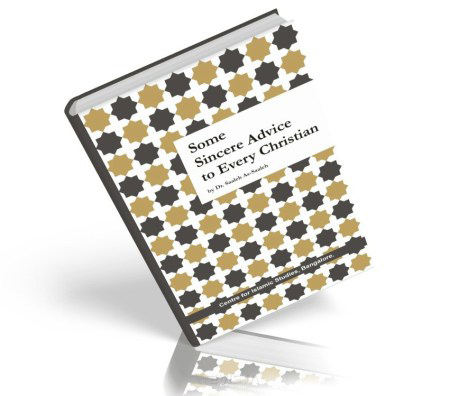 Most people agree to the fact that Allaah’s (God’s) Word cannot be contradictory. What He spoke about Himself must be true. He made Himself known as The Creator, The One, The Originator, and The Provider. He is the First, nothing is before Him; The Last, nothing is after Him; The Most High, nothing is above Him; The Most Near, nothing is beyond His reach, and He encompasses everything while He is above heavens, distinct and separate from His creatures. Great in His Majesty and Honor, Most Merciful, Severe in Punishment, All-Knower, Most Compassionate, All-Wise, and All-Just; Most Perfect in all of His Names and Attributes. He does not beget, nor is He begotten. There is no equal to Him, and there is nothing like unto im, and thus He alone deserves to be worshipped. In essence, the religion as revealed1 to nations before us and to mankind up to the Day of Resurrection, calls for the worship of none but God (Allaah). Any Message from the Perfect God is true, and cannot be contradictory. He entrusted many Prophets and/or Messengers since creation began on earth. Starting with Adam, Noah, Abraham, Moses, Jesus, and ending with Muhammad, peace be upon them all, the essence of religion was and still is: people must submit to their Creator and worship Him as He revealed to their respective Messengers and/or Prophets.

This is the true Message, and Jesus, peace be upon Him, is one of those great Prophets and Messengers who was sent to the Children of Israel, after Moses, confirming the revelation sent down to Moses and the Gospel that he received from Allaah. This same Message was confirmed by Prophet Muhammad, peace be upon him, believing in the true Gospel that came to Jesus and propagating the final and most comprehensive revelation to mankind, the Qur’aan. The Qur’aan, being Allaah’s Word, confirms and attests to the true nature of Jesus, and this is not known by many people. This book will introduce the reader to the Qur’aanic texts related to Jesus, peace be upon him, hoping that the truth regarding the personality of Jesus becomes clear.