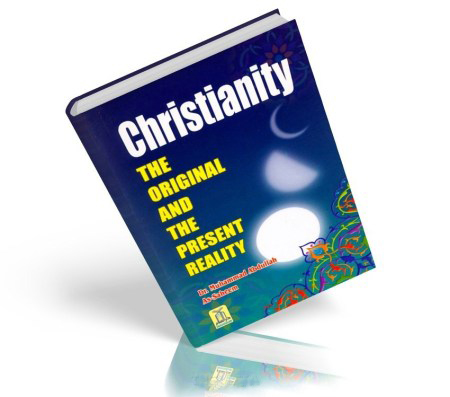 Christianity The Original And The Present Reality: The author has given a brief history of original Christianity with reference to context, as well as, the present reality of Christianity in the modern world.

All the praise is due to Allâh, Who has guided us to His straight path. We seek His forgiveness and we seek refuge in Him from the evil of our own selves and our bad deeds. ‘Christianity – the Original and the Present Reality’ is a brief treatise in which the author has attempted to open the Christians’ eyes to the true reality of their erroneous beliefs and to guide them to the Truth.

All the Messengers of Allâh had tried their best, to convey the correct creed to their peoples. Prophet ‘Isa, or Jesus, was also among those upright Messengers who strove hard to guide his people to the Truth, but most of them followed their whims and desires and thus went astray.

Believing in the Oneness of Allâh is a basic fundamental in Islam. This belief establishes the relationship between human beings and their Rubb (Lord). As Muslims we firmly believe that Allâh is our Creator, Sustainer and the true God; only He has the right to be worshipped. There is no partner with Him. He has the free hand in the disposal of all affairs.

I am thankful to Br. Muhammad bin ‘Abdullah As-Saheem who has written this booklet in the Arabic language and given us permission to translate it into English. I pray to Allâh to render this booklet beneficial and be a source of guidance and blessing in both this world and the Hereafter. I also appreciate Darussalam’s staff, who spared no effort to complete this work in a very good manner. General Manager: Abdul Malik Mujahid